Everton have confirmed the appointment of Ronald Koeman as their new manager on a three-year deal.

Koeman, who had one year left on his contract at Southampton, replaces Roberto Martinez who was sacked last month.The agreement will also see his brother and assistant manager Erwin plus fitness coach Jan Kluitenberg join Koeman at Goodison Park. 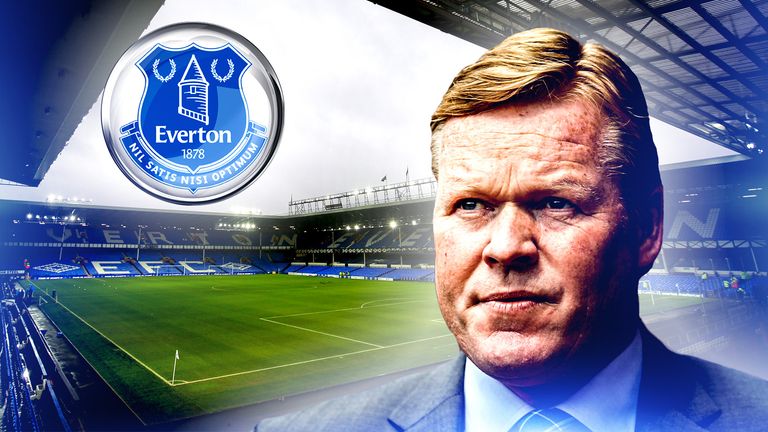 Martinez, who had three years remaining on his contract, led Everton to the semi-finals of the FA Cup and Capital One Cup this season, but their poor league form – they finished 11th in the Premier League – ultimately proved his undoing and he left after nearly three years at the club.

Everton chairman Bill Kenwright said: “We are really pleased to have secured the man who was our No 1 target from the moment we set out to appoint a new manager.

“Ronald has such a strong track record in the game, instantly commanding respect for what he achieved as a player and for his qualities and accomplishments as a manager.

“The hopes and aspirations that we all have as Evertonians are with him, as is our total support at Board, shareholder and fan level.”

Koeman said: “I am very excited to be Everton manager. I believe in the club, in the team, in the fans and in our ability to achieve things in the future.

“Everton is a club with a great history and real ambition and it is a proud feeling for me to be part of what we want to go and do, together with the chairman and Farhad Moshiri.

“I am looking forward to meeting everyone at the club and to preparing for a big season in the Premier League.”

What Will You Do With The Black Stars Jersey You Bought Now That They Are On Their Way Home? – Afia Schwar Asks Ghanaians

“If You Are A Man, I Am Also A Man” – Asantehene Warns Dormahene

Bring Back Asamoah Gyan, We Need Him – D Black