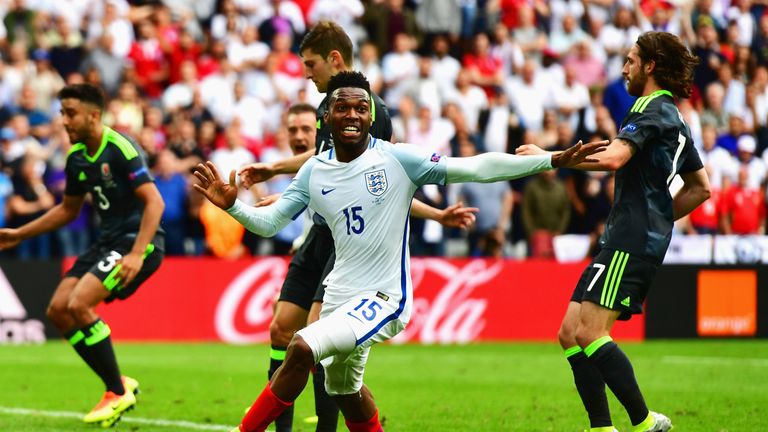 Gareth Bale had put Wales ahead with a first-half free-kick, but Roy Hodgson’s half-time changes proved crucial as England roared back after the break.

Vardy smashed home on 56 minutes before Sturridge struck in injury-time to see England leapfrog their opponents to move top of Group B.

A point against Slovakia on Monday would guarantee progress for Hodgson’s side with a win confirming top spot, while Wales can also secure a place in the last 16 if they beat Russia in their final game.

Chris Coleman knew a win over England would have seen Wales reach the last 16 and made three changes to the side that beat Slovakia with Wayne Hennessey fit to start in goal; Joe Ledley in midfield and Hal Robson-Kanu up front.

Hodgson stuck with the same XI that started in Saturday’s draw with Russia, meaning Raheem Sterling retained his place, and the first big chance of the game fell his way within seven minutes.