France and Switzerland progressed to the last 16 of Euro 2016 from Group A in first and second place respectively after a goalless draw in Lille.

Paul Pogba had the better of the chances in the first half, forcing Yann Sommer into a fine save from inside the area before hitting the crossbar from range.

Second-half substitute Dimitri Payet, who has two goals to his name already in the tournament, nearly grabbed a winner with 15 minutes remaining, seeing his superb volley from an angle smash off the crossbar. 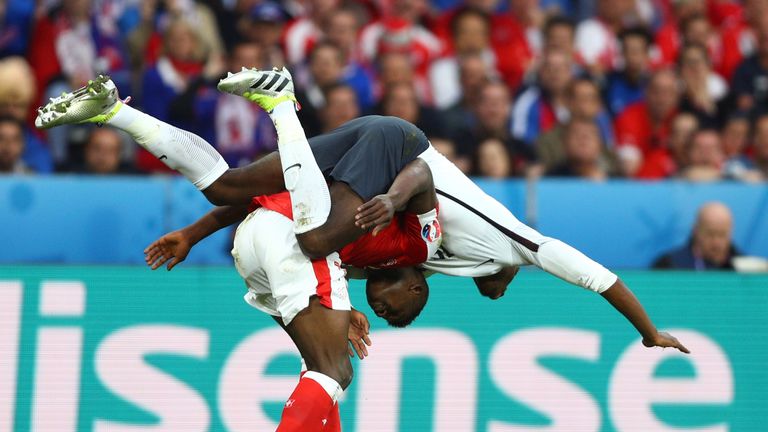 The result means France will play one of the third-place sides from Group C, D or E, while Switzerland will play the runner-up of Group C, which includes Germany, Poland and Northern Ireland.

In Group A’s other game, Romania were eliminated from the competition after a 1-0 defeat by Albania, who are on three points and stand a chance of reaching the last 16 as one of the four best third-place sides.