The Croatian federation (HNS) had been charged with “crowd disturbances, use of fireworks, throwing of missiles and racist behaviour” following disorder during their match with the Czech Republic at Euro 2016.

As well as the fine, UEFA confirmed they had prohibited the HNS “from selling tickets to certain fans (identified by the HNS and the Croatian authorities as hooligans) for the remainder of…Euro 2016. 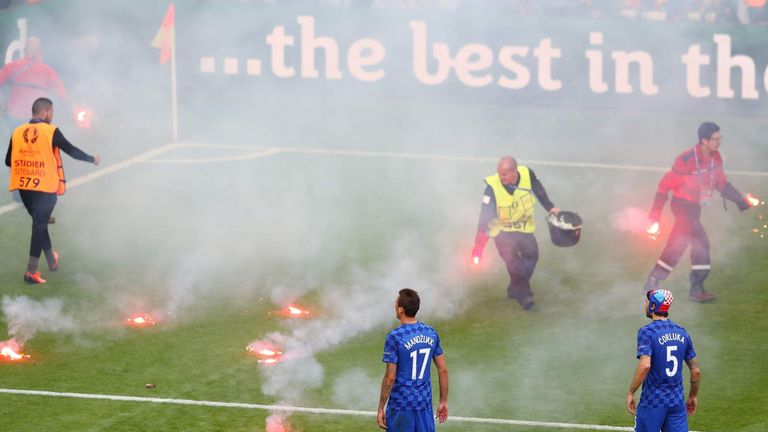 The world of boxing is still coming to terms with Anthony Joshua's shock defeat to Alexander Usyk The English man with Nigerian roots, Anthony Joshua...

The unveiling of Milovan Rajevac as head coach of Black Stars is currently underway at GFA Secretariat in Accra. Milovan, who previously coached Ghana from...