Thousands March To Protest Against the vote to leave the EU.

The March For Europe demonstration was organised on social media by comedian Mark Thomas who wanted to express his “anger, frustration and need to do something”.

He said: “We would accept the result of the referendum if it was fought on a level playing field. But it was full of misinformation and people need to do something with their frustration.” 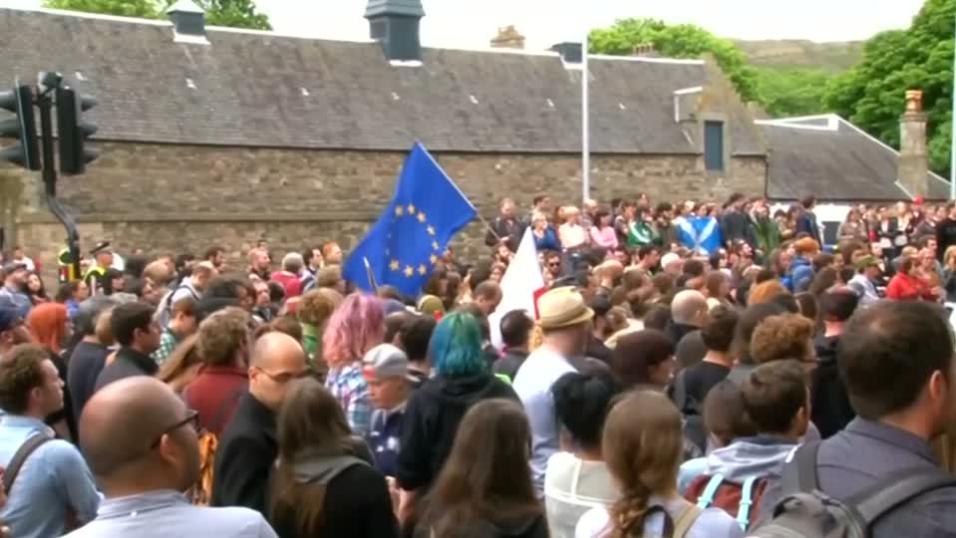 The crowd, expected to reach up to 40,000 people, cheered as the march began.

Some protesters, using the Twitter handle @wewantbackin, said they are handing out banners and megaphones.

Flags bearing the EU circle of stars, along with banners bearing slogans that include: “EU & me always & forever”.

Mr Baker said: “We didn’t want to leave but if you respect the decision of the referendum, which we should, we still want Britain to be EU orientated, outward looking and inclusive.”

Mrs Parke, who lives in London but is originally from Fermanagh close to the border in Northern Ireland, said: “Leaving the EU will have a polarising effect on communities at home again.

“I don’t want to go back to a border with guns and checkpoints. That will bring back a lot of horrible memories for people, if nothing else.”

William Dramard, 36, moved from France to Manchester to study 16 years ago. 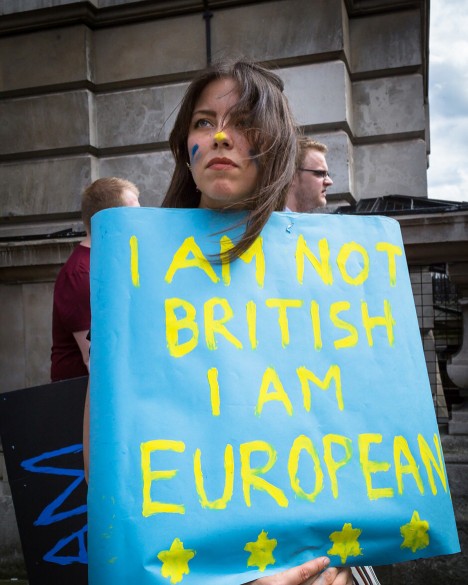 The engineer, whose wife is Finnish said: “My family exists thanks to the EU. One of the reasons my wife and I came here was because of freedom of movement. We met here and started our life together here.

“This is what we consider to be our home now.” Philippa Griffin, 40, from Hertfordshire, said: “I’m absolutely outraged at the way people voted, the lies the referendum was based on and the divide in the country because of it.”

Previous articleRyan Giggs Leaves UNITED after 29 years
Next article5 Things You’ll Relate To If You Never Had A Boyfriend While Growing Up In GHANA.

Ghanaian veteran actor, Kohwe is dead after suffering from stroke His daughter, Comfort Laing, who confirmed the news said her father passed away at his...