MASKED raiders tried to break in to  Wayne Rooney’s £6million home while he was playing in his testimonial match, reveals the sun.

Police raced to the Cheshire mansion he shares with wife Coleen and their three young sons Kai, Klay and Kit after a balaclava-clad intruder triggered its elaborate ­security system.The England captain Wayne was said to be “deeply shocked” by Wednesday’s events.Neighbours described the scene as cops pounced on the masked raiders as “like something out of an action film”. 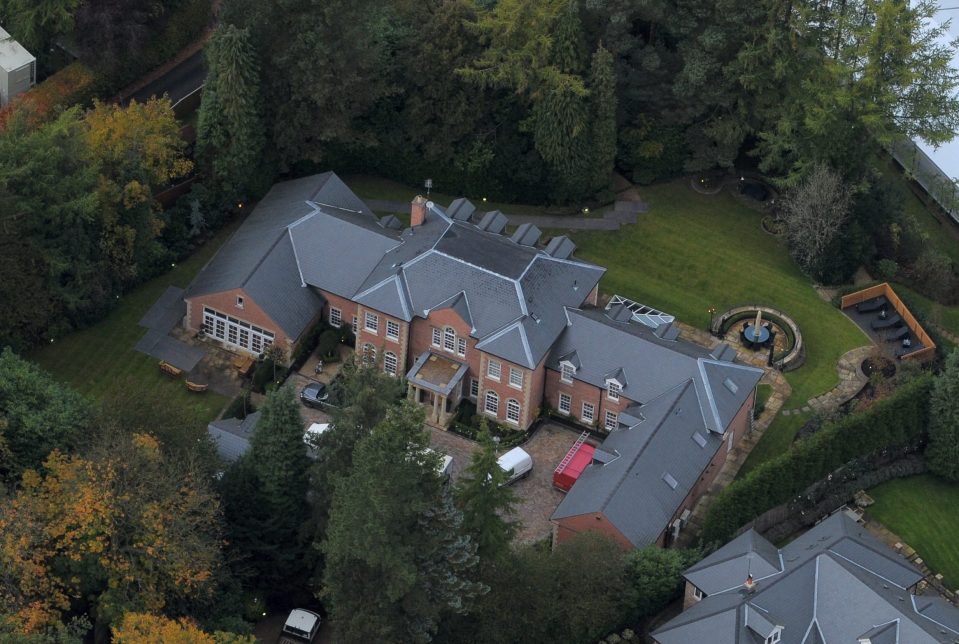 The attempted robbery happened as the Man Utd star was playing in his testimonial match at Old Trafford.Lights and sirens blared as elaborate security system detected the potential intrusion, bringing a swarm of cops racing to the property.Within minutes, they had scrambled a helicopter and three patrol cars, while dog handlers scoured the mansion grounds.

One resident in the village of Prestbury, Cheshire, said: “Wayne has amazing security to make sure his wife Coleen and the kids are OK while he is away.