MzVee was one of the many guests who showed off what they wore on the red carpet of the 2016 Black Entertainment Television (BET) Awards.The ‘Best International Act: Africa’ nominee’s dress is got a lot of attention by fashion stylists and fans alike who say her look is very unique.

She made it to Hollywood’s hollywoodlife.com website as one the best dressed female attendee at the event on the red carpet.Mzvee was also featured on cnn.com and www.washingtonpost.com as one of the Celebrities who rocked the event with beautiful outfit.Her outfit was put together by Noterah. 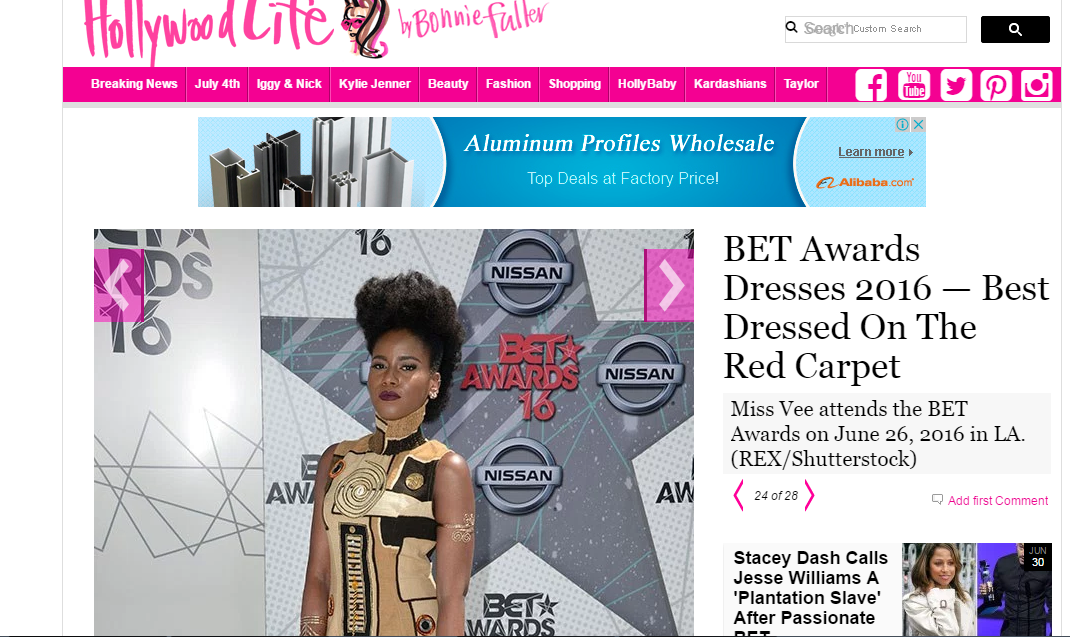 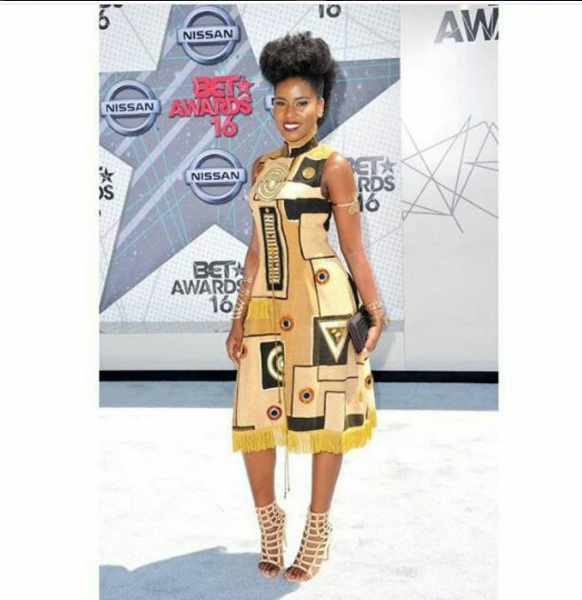 Samuel L. Jackson won a Lifetime Achievement Award for his work as an actor, and Jesse Williams for his contributions to Black Lives Matter movement.

Stevie Wonder, Maxwell, Jennifer Hudson, Janelle Monae, D’Angelo and more performed to honour Prince who passed away about a month ago.